The multifunctional cultural and sports complex Minsk-Arena is one of the most modern multifunctional buildings in Europe. The complex is intended for international sports and cultural events. 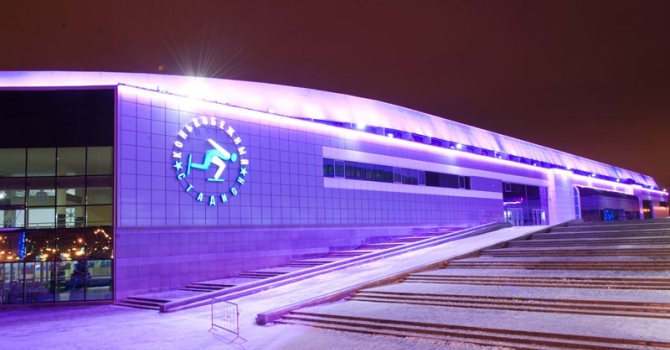 Over the years, Minsk Arena has hosted major sporting events, including: 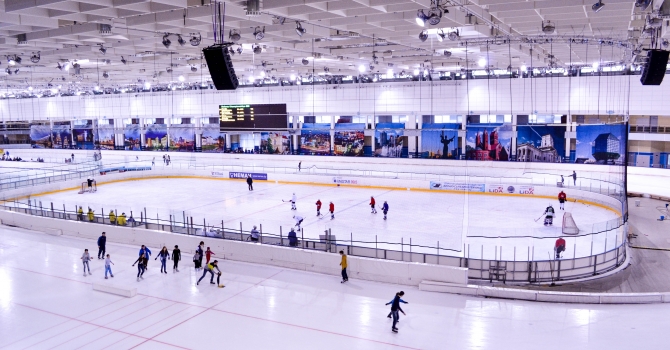 “Minsk Arena” has taken a leading position as the most capacious venue among all the KHL teams ’venues and is one of Europe’s leading hockey arenas in terms of spectator capacity. The building, impressing with its hi-tech architectural solution, surpassing all previously built sports arenas in the country in terms of external beauty, internal design and a set of modern services, is not only a landmark of Belarus, but also of the European continent. 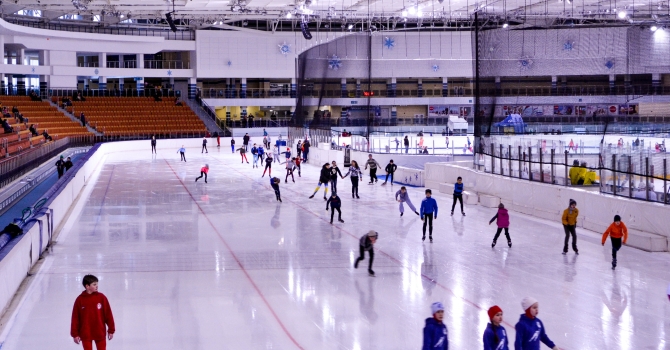 Having modern equipment that fully complies with professional requirements and a unique stage complex, which has no analogues in Belarus, Minsk-Arena MSCC holds events of international national importance in the country’s sports and cultural life.

with a 400–meter track. Its capacity is about 3000 people. The internal radius of its turn is 26 m, the width of the double track is more than 9 m. The inner perimeter of

the track is provided with ice bar 7 m at width for training. Outer perimeter has a 3–meter rumble strip. There are also two tracks for curling and two hockey pitches. The total area of ice at the stadium is about 10 thousand square meters. A half of it is occupied with a high-speed skating track. The skating stadium is also equipped with unique facilities — rooms of mountain air where sportsmen can train under conditions of low atmospheric pressure and oxygen deficiency thus imitating the conditions of areas high above sea levels.